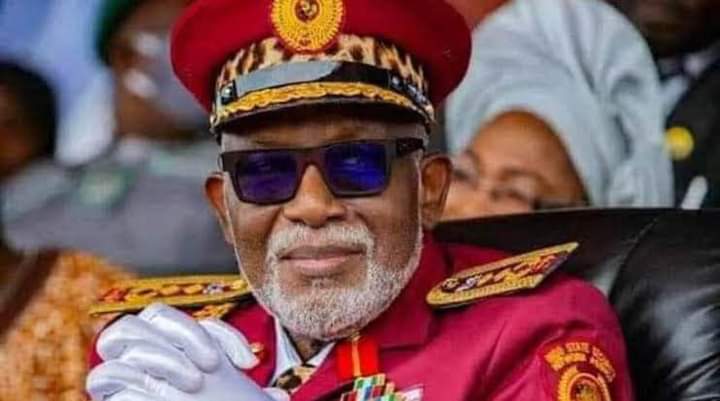 Ondo State Deputy Governor, Hon Lucky Aiyedatiwa while receiving the award on behalf of the Governor said, Akeredolu’s administration investments in health care, education, security, employment, rural-urban development, roads and workers welfare were so significant that latest data from National Bureau of Statistics ( NBS ), has disclosed that Ondo State has lowest poverty level in the Country with 27 percent.

“We believe development can only happen in an atmosphere of peace and security, hence our investment in security, especially the AMOTEKUN Corp that is complimenting the efforts of security agencies effectively”.

“Today, despite the challenges of equipment and the needed fire power to perform efficiently, our AMOTEKUN Corp as most of us are aware and have heard are performing very well”.

“Like I have said severally, I don’t understand why the federal government will allow private security firms to give sophisticated weapons to their personnel and the States security outfits are not allowed to do same”, the governor wondered.

He however believed that the issue of state police would soon become reality.

While thanking National Telegram Newspaper for the honour and recognition, Aiyedatiwa said the Award would spur Mr Governor to do more in good governance.

Top government officials, business community, politicians, journalists and other eminent personalities were in attendance at the well attended event.