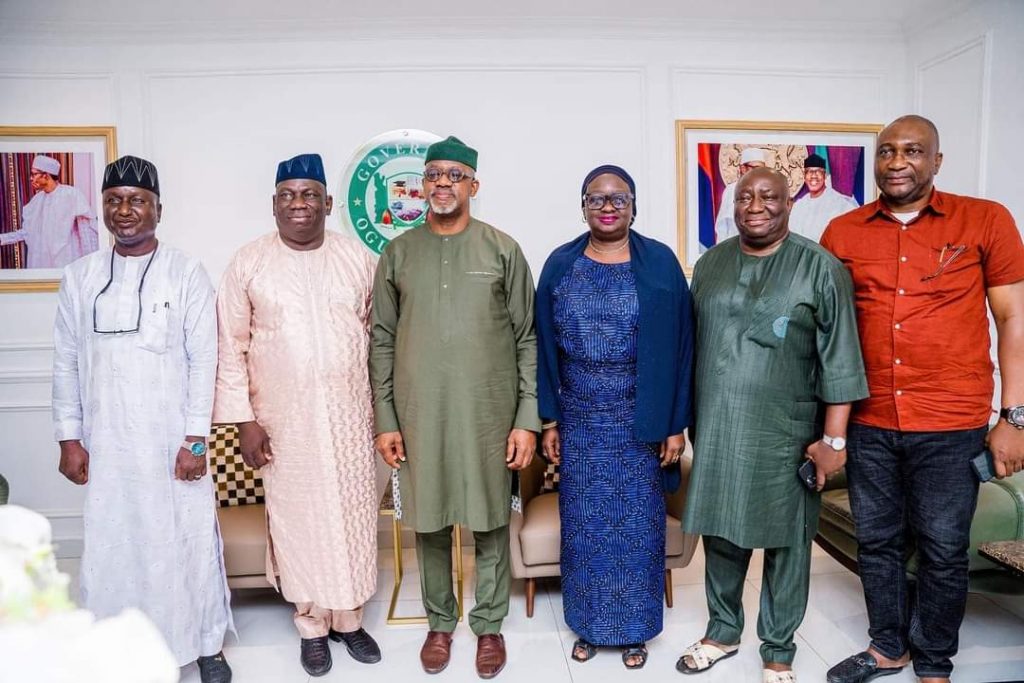 The Ogun State governor, Dapo Abiodun, has called on the Federal Road Safety Corps (FRSC) to join hands with the state-owned traffic agency in managing traffic along the Lagos-Ibadan Expressway.

Abiodun made this call when he received the Acting Corps Marshal of the FRSC, Dauda Biu, in his Oke Mosan, Abeokuta office.

He noted that it is important to have a good traffic management on the Long Bridge/Kara corridor at a time construction work has slowed down as a result of the inability of the contractor to complete the work.

Abiodun described the pains travelers plying the almost three kilometer section of the road as painful, declaring that the action of the contractor handling the construction work around the corridor is completely unacceptable.

The governor, while acknowledging President Muhammadu Buhari for championing the reconstruction of the road, which is at a 85% completion stage, disclosed that he had called the attention of the Director of the Federal Road Maintenance Agency(FERMA) to the slow pace of work on the road.

“From the Long Bridge to Kara, as you enter Lagos, it has been perpetually under construction for the past three months. I believe in my own opinion, the contractor has been totally irresponsible.

“Their behaviour is completely unacceptable, road users coming from Abeokuta or from Ogun to Lagos State spend like six hours in just that place and when you get there, you don’t see anything, there is no construction activity going on there.

“I really don’t know what the contractor is doing that is taking three months in a stretch of about maybe two to three kilometers, obviously, traffic control is very poor, the management is very bad.

“I am pleading with you to please work with our own traffic agency to see how we can help our people manage that traffic better than what it is today,” Abiodun stated.

The governor, further described as reckless, the way and manner trailers park on the road and even cause damage to road infrastructure along the corridor, disclosing that his administration would in conjunction with the Nigeria Sovereign Investment Authority look to build a befitting trailer park along the corridor.

“There was a committee set up that has the FRSC, Office of the Chief of Staff and the Federal Ministry of Works, to look at the Ogere Trailer Park, which has become a problem because the trailers will park recklessly. It has become a rest area for people going to the north, they park on the road, create a bottleneck, accidents occur there and even damage the road.

“There was an initiative that we should jointly build that trailer park, the Nigeria Sovereign Investment Authority was meant to fund it, we were meant to provide the access to land so that a proper trailer park can be built on that expressway,” he said.

He informed the FRSC boss that his administration has embarked on the reconstruction of over 400 kilometers of road, some of which are federal roads, expressing his delight with the decision of the corps to bring its end of the year campaign to the state.

Earlier in his remarks, the Acting Corps Marshal, Dauda Biu, while commending the governor for his strides in infrastructural development, said that the launching of it’s ‘Ember Months Campaign’ would help to reduce road crashes and injuries during the period.

The Corps Marshal who noted that the FRSC would continue to put in their best, said that they would also be willing to assist the state government in traffic management.