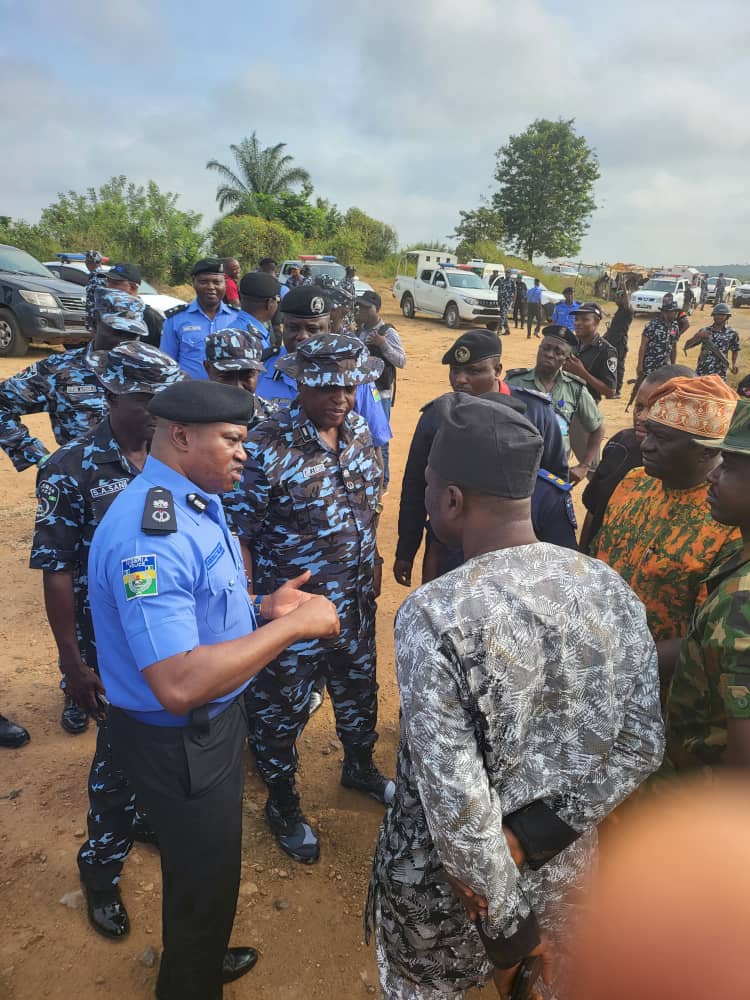 The Oyo State Police Command has re-affirmed its commitment to leave no stone unturned in ridding the State and its surrounding environs off undesirable criminal elements.

The state police commissioner, Williams Adebowale stated this during an inspection to some areas around Lagos-Ibadan express way with his Ogun State Counterpart, CP Lanre Bankole in a bid to proactively forestall future criminal occurrence along the highway.

The two Commissioners embarked on the strategic assessment patrol and eventual deployment of assets around areas concerned.

The Police Boss said the Security Architecture of both Commands were deliberately remodeled with cooperation from adjoining State Police Commands to deal decisively with criminal elements whose mindset is to use both States as a criminal hideout after being dislodged.

He called on citizens of Oyo State not to panic or agitate as adequate deployment of tactical and operation assets would be seen swarming the axis and embarking on; joint intelligence -led surveillance, aggressive patrols with adjourning states, combing of forests alongside local hunters and vigilantes and permanent visibility policing measures intensified along the busy highways.

The commissioner also urged users of the Lagos/Ibadan Expressway are to go about their day to day activities without any form of fear of molestation or harassment from unscrupulous elements as adequate security measures in its topmost capacity are on ground.

He solicited for cooperation with the Police in exchange of credible and timely information and enjoins the people of Oyo State to eschew crime and criminality at all times.

The NPF rescue me app is also available for free download on both Android and Apple IOS, for Android and I phone users respectively, he concluded.

Iseyin Holds Security Summit Over Incessant Kidnapping, Others On Saturday