Ibadan North Federal Constituency: ‘The Best Of Us Should Represent The Rest of Us’ – Lanre Sarumi 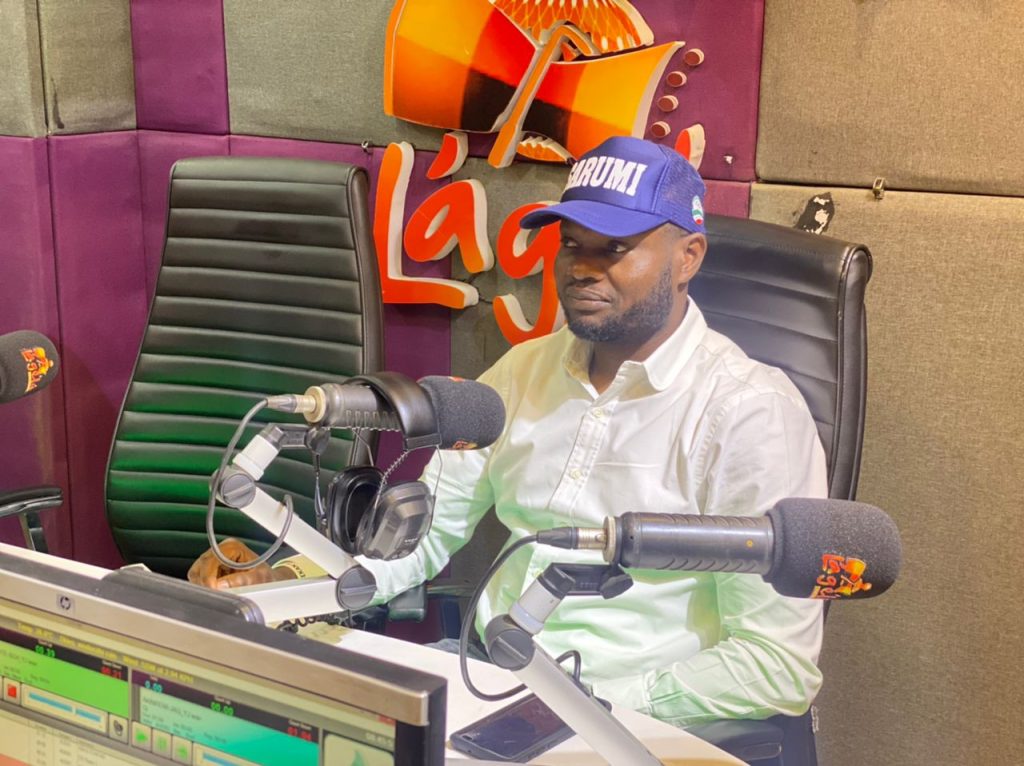 Ibadan North Federal Constituency: ‘The Best Of Us Should Represent The Rest of Us’ – Lanre Sarumi

The PDP House of Representatives candidate for Ibadan North Federal Constituency, Hon Lanre Sarumi has described his constituency as the most sophisticated and home of elites and highly intelligent business owners which should not be represented by ‘just any charlatan’ but highly intelligent person like himself.

Sarumi, who stated this on Saturday during a live interview with a popular broadcast journalist, Chike Ogbogu on 32FM in Ibadan, said his ambition is people-centred just like Governor Seyi Makinde-led administration, expressing optimism that the good people of Oyo State will reciprocate the good gestures during the forthcoming 2023 general elections.

Fielding question on the purported feud between Governor Seyi Makinde alongside other members of the G5 and the presidential candidate of the Peoples Democratic Party, Atiku Abubakar, Sarumi said it is a family affair which would be settled appropriately. He added that party misunderstanding is not peculiar to only PDP but every strong party. He said the issues would be resolved in no time.

The prospective lawmaker said his mission to Abuja was to represent his constituents and bring dividends of democracy to their doorstep.

“My mission is to represent the good people of Ibadan North Federal Constituency, and when I say represent them, I mean to represent what they stand for, what they believe in, represent their interests, their aspiration, identify their problems and give solutions within my capacity through that office.

“Of course my first responsibility as a lawmaker is to raise bills and motions on the floor of the house to ensure that lives are bettered off in my constituency, and second is to perform oversight functions when they bring those budgets to make sure they are not padded and inspect those projects for which the house approved funds to ensure that they are executed properly.

“Sometimes giving motorcycle to the people makes life better for them, I’m not going to condemn that totally, but I don’t want it to our people’s aspiration, I don’t want it to be all we get from leaders. We can do a lot much better empowerment programmes that can liberate an entire community and give people the kind of role models we used to have in those days.” Sarumi stated.

Another anchor on the show, Barrister Yomi Ogunlola commended Sarumi for his aspiration and people-centred programmes, but asked Sarumi to identify the opportunities in Ibadan North Federal Constituency, to which the young politician replied.

“Within my constituency, we have a number of untapped opportunities that can be harnessed. We have women and youth population which are over 70% of the electorate.

“Within that same constituency, we have the University of Ibadan, the Polytechnic Ibadan and Bodija Market among others. This suggests to me that we are producing young graduates who are coming to the job markets with no opportunity.

“Also the market women who are supposed to be the backbone of the economy, over the years have struggled to get fund to boost their market. These are the problem they face.

“My plan is to put in place a reasonable cooperative society where they can borrow money with no interest. Instead of putting that money in somebody’s pocket, that money can go round and empower people over and over again. So if we have constituency allowance, then it should be channeled to these programmes that would help our people directly to better their lives. And that’s the way I look at it.” He said.

Talking about destruction of billboards, the egghead prospective lawmaker said he would never encourage violence in any way, stressing that many of his own billboards have also been vandalised.

“We’ve had situations where even our posters are torn, but I feel our people are wiser and our people are going to choose wisely this time around, because we have suffered for so long. The last seven years have been one of the worst we’ve ever experienced as a nation as people can’t afford rice anymore. It’s really bad. Even the price of fuel is affecting every other commodities and we all shop at the same market. So people are going to vote wisely coming this election regardless of how much violence some people think they can unleash on other people. It is also very important to hold our people accountable. I hope security operatives are going to rise to the occasion.”

Meanwhile Professor Remi Ayede, who joined the programme via telephone line, asked Hon. Sarumi if he wasn’t scared of contesting against the incumbent. However, the prospective lawmaker said the incumbent’s voice was missing when leadership was required in Ibadan North Federal Constituency, citing the recent eight-month ASUU strike.

“ASUU was in strike for eight months and somebody that is meant to be representing us, doing those oversight functions, was absent for eight months. So I won’t say that will be an advantage for him going into an election. And as for me, I believe I’ve not been opportune to represent our people, but I have been opportune to show myself, I have offered myself to people for free in my own capacity as a private citizen, I have done intervention programmes and I believe people will look at my antecedent.

“We need somebody with capacity to represent us, Ibadan North Federal Constituency consists the most sophisticated where we have the Premiere University, the University College Hospital, the Polytechnic Ibadan, the seat of governance. The best of us can only represent the rest of us. It has to be putting the right foot forward, going into the next dispensation. I think we can do a lot better, we are sitting on a gold mine here, we are sitting where we potentially have our own Silicon Valley in Oyo State.

“So, I think it could have been an opportunity for the incumbent, but I don’t think he has made good use of the opportunity.” He stated.

Earlier on Saturday, Honourable Sarumi had attended another live radio programme on another Ibadan-based radio station where reiterated that his ambition is people-centered, stressing that he would continue to identify with the less privileged.