2023: Be Diplomatic In Your Stance, Fayose Charges G-5 Governors 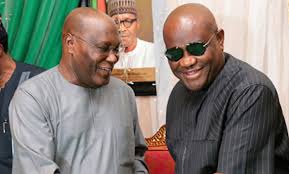 2023: Be Diplomatic In Your Stance, Fayose Charges G-5 Governors

Two term former governor of Ekiti State, Ayodele Fayose has called on members of the G-5 Governors to ensure diplomacy as fight for justice, equity and fairness.

Fayose made this call on Wednesday at a special Gala Night organised to kick start the re-election campaign of Governor Makinde.

Fayose popularly referred to as “Oshokomole” commended the unity of the G-5 but cautioned them to maintain diplomacy so as to enjoy their stance.

The Governor of Rivers state, Dr.Nyesom Wike has said G-5 governors will continually stand for equity, fairness and justice for the sustenance of Democratic progress of the country.

Wike said that failure of the people’s Democratic Party to adopt presidency zoning as the opposition party sparked G-5′ s faction; called Seyi Makinde to continue good governance for the sake of history while he seeks re-election.

In his remark, Oyo State governor,Seyi Makinde said Nigeria is at a turning point and only the G-5 has a prominent role to play in the forthcoming election of the country which will begin declaration at the Mapo Hill Thursday afternoon.

Meanwhile, Makinde credited his political co-administrators in the state through which beautiful achievements recorded so far.