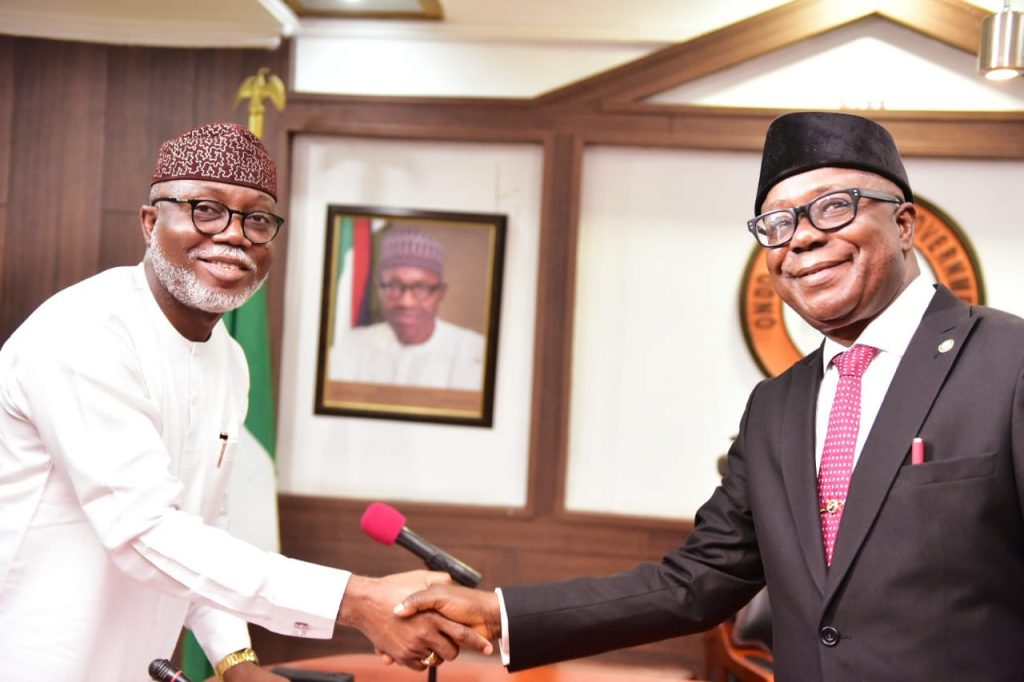 According to Aiyedatiwa, “the burden of Ondo State Judiciary now rests on your shoulders” .

“Every leadership position has its attendant challenges, the primary challenge before my Lord in this vantage position is the issue of delays in delivery of justice” .

“Our courts are faced with significant backlog of cases especially criminal matters” .

“This has continued to lead to many inmates in our correctional centers spending unreasonable period of time in custody waiting for their day in court” .

“The number of inmates at correctional centers is overwhelming…. you must deliberately work on this my Lord, by putting in place appropriate policies and practice direction aim at quick dispensation of justice in courts across Ondo State”, he charged.

Aiyedatiwa further disclosed that, Governor Akeredolu’s led administration has created the enabling environment for the judiciary arm of government to carry out it’s constitutional responsibilities because it recognized that it is the bastion of hope for the common man.

In his remark, Justice Ayedun Olusegun Odusola while expressing gratitude for his new position, promised strategic reforms in the State Judiciary system that would lead to quick delivery of justice in the State.