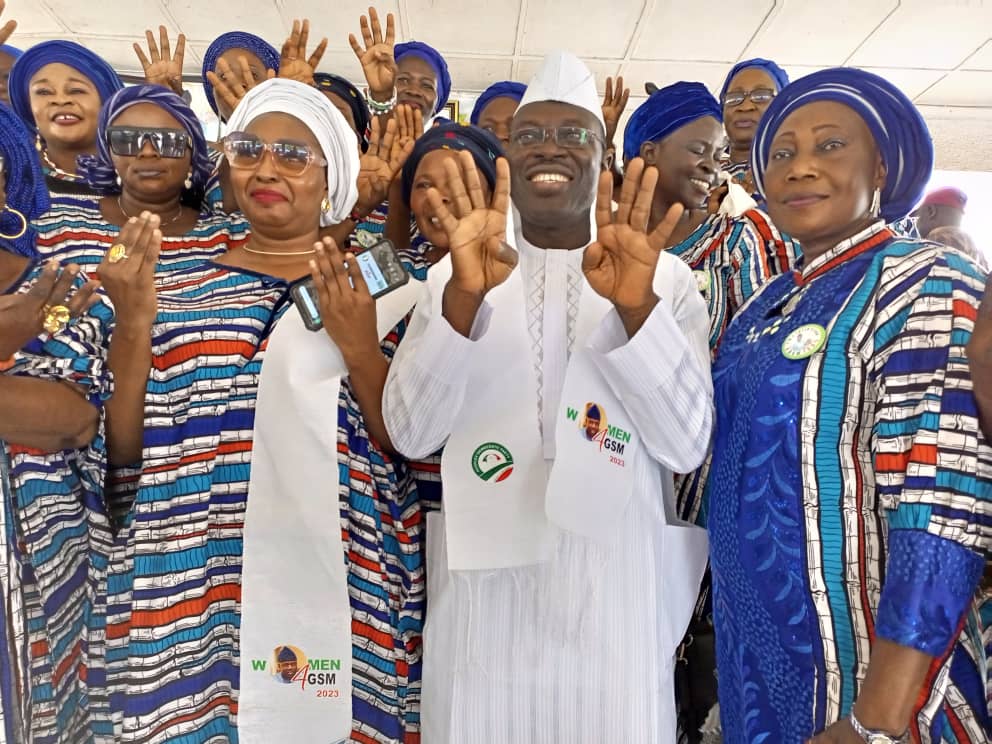 The Deputy National Chairman (South) of the People’s Democratic Party (PDP) Ambassador Taofeek Arapaja has assured the people of Oyo State that they will enjoy more dividends of democracy during the second term tenure of the Oyo State Governor, Engr Seyi Makinde if elected.

Ambassador Arapaja stated this while receiving the women political group, Women Mobilization for GSM ’23 led by its State Coordinator, Mrs Toyin Balogun at his felele residence this morning.

The group was at Ambassador Arapaja’s residence on a familiarization visit during which he emphasized the need for all to work together as a team to achieve the second term bid of Governor Seyi Makinde.

Ambassador Arapaja noted that Governor Seyi Makinde has performed creditable well in all areas of governance which has made life easier for the common man and all residents and citizens in the State, stressing that this fact was recently attested to by a particular gubernatorial candidate of an opposition party when he featured on a radio programme wherein he scored Governor Makinde seventy per cent when he was asked to assess his performance in the last three years.

According to him, “as far as I am concerned, what this statement from an opposition candidate seeking to occupy the same position is that you don’t change the winning team but rather cooperate with it to consolidate on its performance. Governor Seyi Makinde administration is the best in the history of Oyo State. In about three and half years so far spent, he has redefined the governance and has brought prosperity to every individuals. He has spent rehabilitated and constructed many roads including the airport road which is being dualised. Not only that, he has brought Air peace line to the State. He takes the welfare of the civil servants, pensioners his utmost priority, health care delivery, education, transport etc.

Now that the campaign has started, it behoves on all of us to be his ambassador by embarking on door to door campaign in every nooks and crannies of the State and beyond to spread the gospel of the good work that the governor is doing to the electorates and we must be prepared to deliver our polling units, our wards, local governments and the entire State so as to re elect Governor Makinde and all the other candidates of our party.” He said.