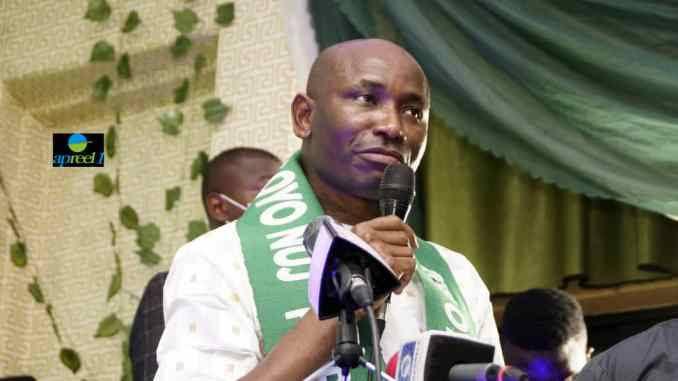 The management of Total Grace Group, has described as unfounded and misleading reports in some sections of online media that the Police have launched a manhunt for its Chief Executive Officer (CEO), Dr Henry Akinduro over an alleged fraud.

In a press statement endorsed by Total Grace group director of finance, Mr Abiodun Adu, which was forwarded to journalists, the management urged members of the public to ignore such mischievous report, affirming that it was baseless and lacked any iota of truth.

It enjoined practitioners in both conventional and the new media to always uphold the ethics of their profession by carrying out adequate fact-checking before rushing to the press to publish reports or posting same on online platforms.

Reacting to the refusal of the First City Merchant Bank (FCMB) to grant credit facility to the owner of Moonluck, the statement quoted Adu to have disclosed that ” Moonluck came to our office to obtain form for collateral to help him to get a landlord that can give property for loan.”

“The property was provided to him, but he said he wanted additional property and was provided. However, FCMB declined to grant the loan. The management of the bank attributed its decision to a number of bad debt owed FCMB by the proprietor of Moonluck business concern.

“He (Moonluck) owner had previously signed a Memorandum of Understanding (MoU) with Total Grace Support Investment Limited to the effect that if the bank declines, he will use the property in another bank to obtain the loan. The landlord told him to use it somewhere else. However, the owner of Moonluck insisted on the getting a refund from the landlord.

“The landlord paid him N11.5million as at Monday, December 19, 2022 and even promised him to pay the balance by January. For the avoidance of doubt and the need to set the record straight, there is no manhunt launched by the Police for the CEO of Total Grace Group, Dr Henry Akinduro.

“We are using this medium to implore members of the public and other critical stakeholders to disregard such reports as it was characterised by sheer falsehood and mischief, “the statement concluded.