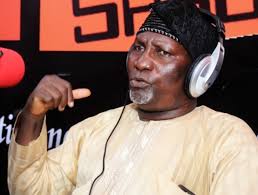 Pro Democracy Activist, Erubami, Group Tackles Finance Minister, Demands Her Sack
Saturday December 17, 2022
Coalition for Democracy In Nigeria, human rights and anti Corruption Outfit (CODIN) has called on the National Assembly to immediately cause a motion that will recommend the immediate sack of the Ministers of Finance and her counterpart in the Humanitarian Ministry, to safe the integrity of the APC.
The group in a press release issued and made available to journalists it’s President and Convener, Comrade Mashood Erubami, stated that the discovery of huge amount of N206b found hidden in the 2023 budget of the humanitarian Ministry, is an unwholesome and unethical budgetary practices that should not be condoned as it is against the spirit of the anti corruption project model of the All Progressives Congress (APC).
The act recently unveiled in the course of budget appropriation should be seriously viewed and it’s consequences in the face of Nigerians and our foreign friends should  not permit further stay of the ministers who by their admissions have shown utter incompetence in the handling of the discovered budget paddings in the affected Ministry.
This is as a result of the overstay of Ministers in the cabinet. It is not ideal to allow a single Minister to stay in the same office for eight years when other party members who are more competent are left outside the government. Any wonder there has not been a progressive movement of the Party  to growth and development !
The discovery of the money has further affirmed the public outcry that the affected ministries have for years been the conduit pipes through which major corruption has been perpetrated.
The anti corruption group reiterated that the hidden amount perfectly  put in the humanitarian ministry that it’s minister had denied, but confirmed to be budget paddings initiated by the Ministry of Finance Should be seriously  viewed as an insidious ways that such coded line expenditures  have been tucked into the budget  for wrong purposes in the past to corner money.
The group further said that “If it was never  discovered, it would have been diverted because it was not necessarily meant for the reason it was coded.”
Ridiculously, the fact that the Finance Minister  said it was a ‘coding error’ and could  still maintained it was rightly captured, left more to be desired. An unveiled defense of open  public service fraud.
The group wondered why the ministry of finance should come out to be defending the budget of the Humanitarian ministry if not that the padded money was a mutual understanding and a consciously deliberate input in the budget for mutual usage, only to
be  disowned by the humanitarian Minister, while claiming it was captured in error !
The meaning of coding is to identify cost lines in relation to a specific expenditures, how then  can the coded insertion for ‘military equipment’  be inserted in humanitarian affairs?
The group reiterated that the admission by the Minister of Finance,  that the very hugely padded amount is a further indefensible and contradictory while still affirming that the ‘error’ was meant for the purchase of ” military equipment”
How can the budget for military equipment be tucked into the budget of the humanitarian ministry which denied the knowledge of it only to be confirmed by another ministry ?
The  NATIONAL Assembly should not  be satisfied by the dishonest  defensive explanation of the Minister of Finance but carry further and deeper investigation into how the past budget lines were made up  to find out if such paddings have not been perpetrated in the years past.
Their findings may still unveil many more culprits to be listed for very tough  disciplinary actions, so as  to send a strong  signal to those who  may want to be involved in financial and budgetary wrong practices in future,  that a stiff penalty awaits them at the point of discovery.
The President at this juncture must also take strong steps to fight this open budget malpractices to convince the public of the seriousness of the APC to fight Corruption so as to wash itself clean  that it still maintains zero tolerance to frauds and corruption and that nobody is above being punished when they are exposed to any illicit practices.