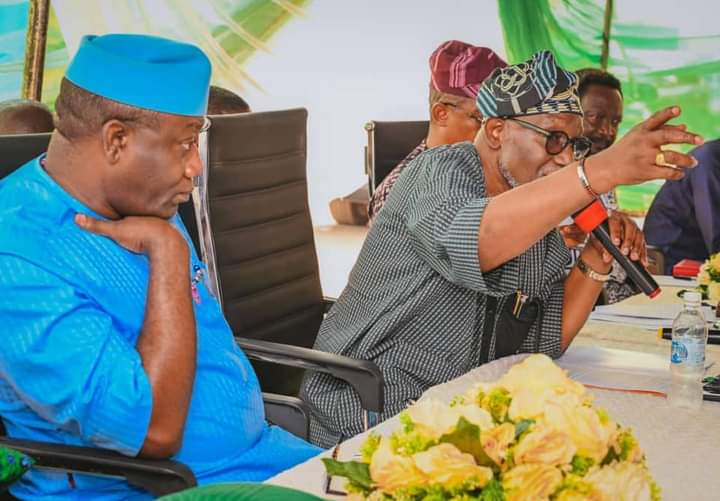 The All Progressive Congress (APC) Presidential Campaign Council on Thursday approves the request of the Coordinator of the PCC in the Southwest zone, Governor Oluwarotimi Akeredolu to appoint former Ekiti State Governor, John Kayode Fayemi, to assist and support in coordinating the Southwest campaign activities.

This was part of the communique Issued by the Southwest Presidential Campaign Council after its meeting held on Thursday 19th January, 2023 on the forthcoming presidential election held at the Tinubu/Shettima Campaign office in Akure, Ondo State.

The meeting which was at the behest of the Governor of Ondo State and Coordinator of the APC PCC, Southwest zone wad attended by members of the PCC in the six States of the Southwest zone.

The meeting stated for the need for Southwest to return massive votes for the Presidential candidate of the APC, Asiwaju Bola Ahmed Tinubu in order to ensure victory for the APC.

The Council praises its Chairman, Governor Oluwarotimi Akeredolu SAN, CON for his leadership and candour. It notes with satisfaction his improved state of health and prayed for his speedy recovery and continued service to Ondo state and Nigeria as a nation.

It decries the low rate of collection of Permanent Voter Card (PVC) and announces the immediate launch of “Operation collect Your PVC” across all the states in the Southwest and enjoins Governors of all APC controlled states to declare Tuesday, 24th January, 2023 as work-free day to aid collection of PVC.

The PCC members directs the setting up of polling units mobilization committees across all the Southwest States and also decides that all Party leaders and government functionaries at the Federal and State levels should return immediately to their respective local governments, wards and units to lead the campaigns and voter mobilization activities.

Also the Council appeals to PCC to urgently release funds to all campaign directorates, most especially, the youth directorate in order to enhance the campaign and mobilisation activities.