Sowore thanks Nigerians for supporting him while he was in detention 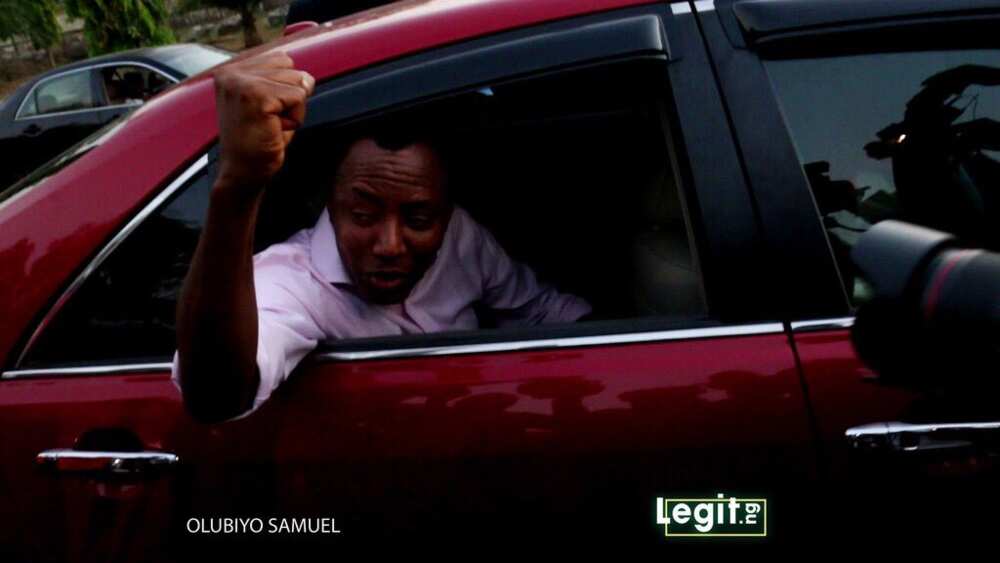 Activist and convener of the RevolutionNow movement, Omoyele Sowore, in the evening of Tuesday, December 24, spoke first time after leaving the facility of the Department of State Services (DSS). Sowore was quoted as thanking Nigerians for supporting him and making his freedom happen. Sahara Reporters quoted Sowore as saying: “The only thing is to Thank Nigerians; they made this happen; they should not relent…Nobody can take a people who are determined for granted.”

Sowore being transported home after his release Source: Facebook Legit.ng reported that the Department of State Services (DSS) released Sowore on Tuesday, December 24.

Sowore was released following an order to the DSS by Nigeria’s Attorney-General of the Federation (AGF) and minister of justice, Abubakar Malami (SAN), for his freedom. The DSS was also asked to release former National Security Adviser (NSA), Colonel Sambo Dasuki (rtd).

Twenty-four hours before the order for Sowore’s release, Legit.ng reported that there was confusion in Abuja following a clash between protesters who wanted the activist freed and some alleged miscreants. The Nigerian Tribune reports that the civil society groups had engaged in a peaceful protest in Abuja under the aegis of the Civil Society Organisations (CSOs) before the clash.

According to the report, the members of the organisation were gathered at the front of the National Human Rights Commission (NHRC) in Maitama, with a letter to its chairman.