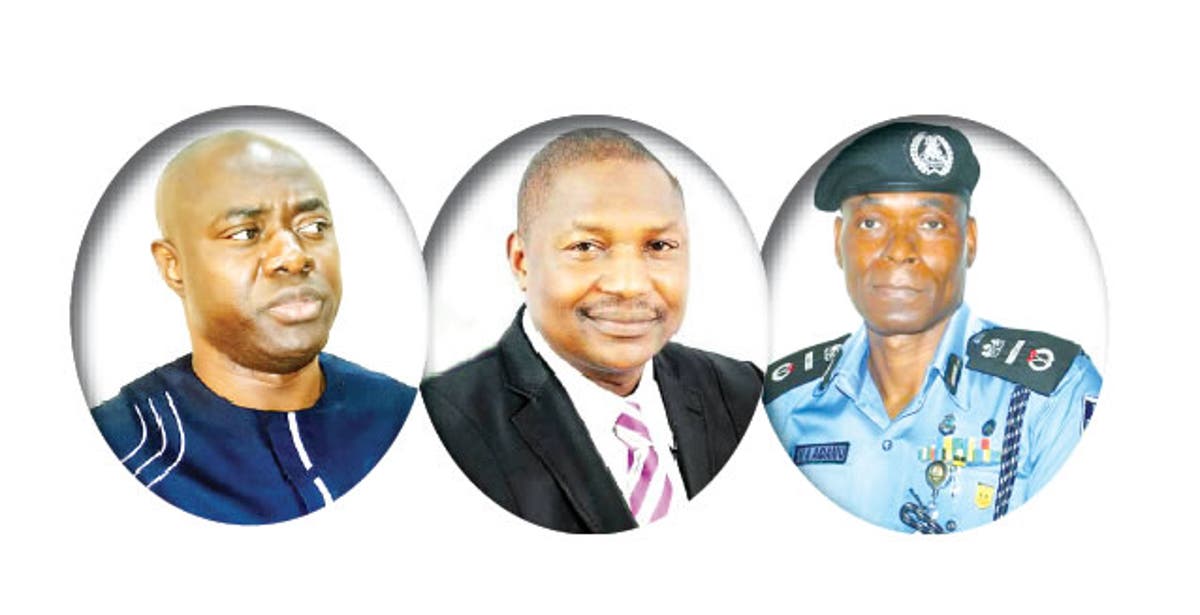 For eight months, the crisis rocking local government administration in Oyo State has almost grounded lots of activities in that third tier of government in the state. Stakeholders and political watchers across the state had waited with bated breath to see how the game between Governor Seyi Makinde and the sacked local government chairmen would end.

From the early days of his administration that began in May 2019, Makinde, who is largely perceived as a reserved and soft-hearted billionaire, gave the 68 elected LGA and LCDA council chairmen in the state a blistering shock by sacking them.

The embattled council chiefs, their deputies and the councillors across the state kicked against the move, even though their condemnation of the governor’s action was of no effect. In the midst of the heat generated by the governor’s action, the embattled council chiefs threatened and called for dialogue. They also made recourse to their party, which is the ruling and who-is-who at the corridors of power in Abuja and even took the battle to the media, but all to no avail.

Makinde appeared to have sealed the faith of the sacked council chairmen in December 2019 as he appointed caretaker committee members for the 33 local governments and 35 Local Council Development Areas. Thus, as the sacked chairmen were exploring avenues to retain their seats, the newly appointed council members were, understandably, in a celebratory mood over their appointment.

But, eight months down the line, things appear to be taking a new turn on the issue following the pronouncement and the letter written to the state by the Attorney-General of the Federation and Minister of Justice, Abubakar Malami (SAN).

Malami had, in a letter addressed to the state Attorney-General and Commissioner for Justice in Oyo State, Oyewo Oyelowo, with reference number HAGF/OYO/2020/Vol.I/I, and dated January 14, called for the immediate dissolution of caretaker committees and restoration of elected local government representatives in the state.

The minister was quoted to have said, “The need to immediately disband all caretaker committees and restore democratically elected representatives to man the local governments has become obligatory.

“Given the decision of the Supreme Court on the matter that is binding on all 36 states of the federation, the common practice by some state governors in dissolving elected local government councils is unconstitutional, null and void.”

Malami’s letter and the directives that followed were the points on which the sacked ALGON members in the state rested their fate. In apparent disregard to the directives of the state government warning against any act that might fuel trouble, the sacked chairmen, their deputies, aides, and the councillors took over reins of their various councils in the early hour of Monday under the watch of the police and other federal security apparatus.

Although there was tension and light resistance in Ibadan North, Ibadan North-East and Egbeda local government areas, no violence was recorded on the first day of the takeover.

And until a few days later when skirmishes were recorded in some council areas, there had been an uneasy calm in the council areas and there was some inactivity as the Nigerian Union of Local Government Employees in the state had stayed away from work following a stay-at-home order issued at an emergency state executive council meeting presided over by the state Chairman of NULGE, Alhaji Bayo Titilola-Sodo.

Titilola-Sodo had said that the order, which was issued because of the friction between the sacked members of the ALGON and the state government, subsisted until further notice.

On why they would not resume soon, he said, “Members are in fear of a possible outbreak of violence. We have reasons to be apprehensive about the safety of our members. Should they go to work and these people take on each other, what happens?”

But, as the ALGON members locked horns with the state government, political watchers are wary of the fact that the state might have begun to slip into some inaudible disorderliness as it concerns local government administration.

A school of thought said the hope was that there would be violence across the state as a result of the takeover and that it could bring to the table the option of declaring a state of emergency in the state.

Among the groups that expressed their anger against the unrest generated by the development was the pan-Yoruba socio-political organisation, Afenifere. The group, while reacting to the role played by the Federal Government in the council crisis, condemned the Inspector-General of Police, Mohammed Adamu, for upsetting the peace in the state by backing the sacked chairmen.

The Publicity Secretary of Afenifere, Yinka Odumakin, asserted that the development was a deliberate attempt to cause crisis in the state.

Reading a communiqué by the group, he said, “The meeting condemned in the strongest terms the lawlessness going on in Oyo State over local government dissolution following the call to self-help by the IGP.”

He, however, commended the Oyo State Government for not allowing the situation to degenerate into a crisis.

The Mogajis in Ibadan, speaking through their publicity secretary, Chief Wale Oladoja, said the Federal Government should respect the 1999 Constitution which empowers the governors to oversee local government councils’ affairs in their various states.

Expressing their position over the intervention of the Federal Government, the chiefs said, “We are amazed by the latest development on the issue of local governments in our dear Oyo State. We wonder when it becomes the role of the Attorney-General of the Federation to determine who leads the local government council’s affairs.

“We want President Muhammadu Buhari to caution his aides who are working hard to ensure that our nascent democracy is being truncated. We appeal to the president to make sure that the issue of local government councils in Oyo State does not lead to crisis as we are aware that many of the APC chairmen had forcefully taken over the councils.”

On his part, the National President, Yoruba Youth Socio-cultural Association Worldwide, Olalekan Hammed, noted that the Oyo State governor was wrongfully advised to hurriedly sack the elected chairmen in the first place, saying he should have waited for the state House of Assembly to dissolve the council executives rather than using fiat.

He said, “Notwithstanding, he’s in-charge to take perceived favourable decisions in the interest of the state. Neither the President of the Federal Republic of Nigeria nor the Attorney-General of the Federation can decide for the state.”

In an apparent reference to the 35 newly created local council development areas in the state, Special Adviser to the governor on Strategy and Political Matters, Babatunde Oduyoye, had said the state was challenging the right of the former administration to conduct elections in areas not recognised by the constitution.

He also raised a question on whether it was right to go ahead to conduct an election when there was a pending injunction, saying, “these are matters for the Court of Appeal to decide upon.”

Pending the determination of the matter in court, he said, “We have appealed to the people of Oyo State to be calm, law-abiding and we will ensure we do something about the report sent to us on those who have destroyed government property.”

Political analysts in the state have, however, said that the Abass-Alesinloye-led ALGON derived its confidence to overrun the caretaker committee arrangement by Makinde in a coup-like manner as a result of the Federal Government’s backing.

Asked why he and his team decided to break into the council secretariats in violation of state government’s directives, Abass-Alesinloye said, “There is no secret there; our action was based on the conviction and belief in the rule of law, which is to allow democracy to thrive in Nigeria.

“If you say I’m confident, maybe I’m confident that democracy will triumph over dictatorship. If you believe in the rule of law and you follow it as we are doing now, definitely one should be confident of victory.”

Reacting to the alleged hijack of the council administration, he said, “How can I hijack law enforcement from the governor; is that possible? By all standards, he is the Chief Security Officer of the state.

“It is the governor that is fighting the law of the land. There is a judgment against his government on this matter and that is what the police are enforcing. The governor is resisting the enforcement of the law. It is not about me or any other chairman; we don’t have the wherewithal to do that.”

He said against the assumption of many, members of ALGON in the state were not at war with the state government. Rather, he said their action was borne out of the need to exercise their fundamental human rights.

With the battle line drawn, both the state government and the ALGON members in the state, who had vowed that the final verdict rested ultimately on the court, are now exploiting out-of-court settlement.

At the resumed hearing on the matter before Justice Mashud Abass on Wednesday, counsel representing the state government, Akin Onigbinde(SAN), told the judge that the state government was ready to settle the matter peacefully without recourse to the court. Lawyers for the defendants, Niyi Akintola (SAN) and Kunle  Sobaloju, however, wanted all cases on the suspension of the council chairmen to be dispensed with for the out-of-court settlement to be effective.

Notwithstanding, the trial judge adjourned the case till February 12, but warned the parties to ensure that peace reign in the state. Until the parties return to court to inform it about their ability to agree on a peaceful settlement of their differences or not, the people of Oyo State, no doubt, want peace in their neighbourhoods. The governor as the CSO in the state is constitutionally empowered to give that.