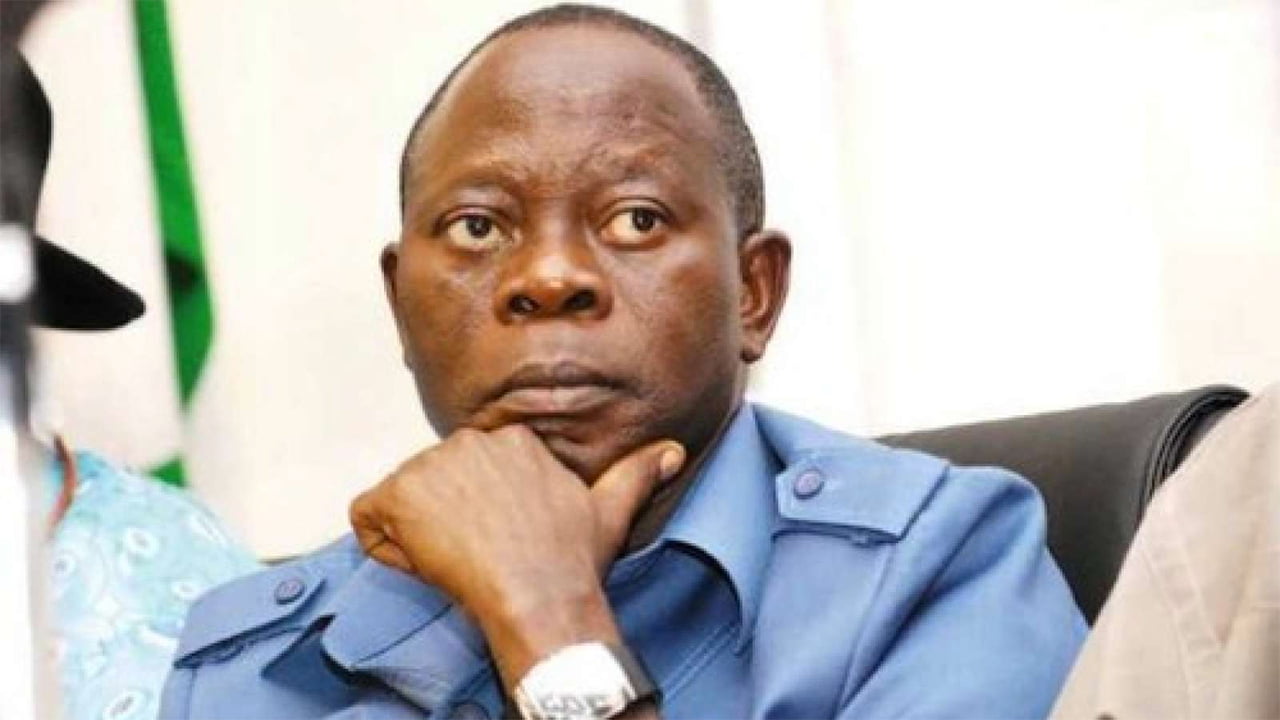 A group of protesters under the aegis of Concerned All Progressives Congress, APC, on Monday demanded the sack of Adams Oshiomhole, the party’s National Chairman.

The protesters, who stormed the APC National Secretariat in Abuja, displayed placards with inscriptions:‘Oshiomhole Must Go’, ‘Oshiomhole go home’, and ‘We are tired of losing.’

They also urged President Muhammadu Buhari to intervene in the running of APC.

According to the protesters, Buhari’s involvement would help arrest the dwindling fortunes of the APC under the leadership of Oshiomhole.

Following the loss, Oshiomhole had vowed that nobody would be sworn-in as governor in place of APC’s candidate, David Lyon.

However, Douye Diri of the PDP was sworn-in as governor of Bayelsa State despite Oshiomhole’s threat.