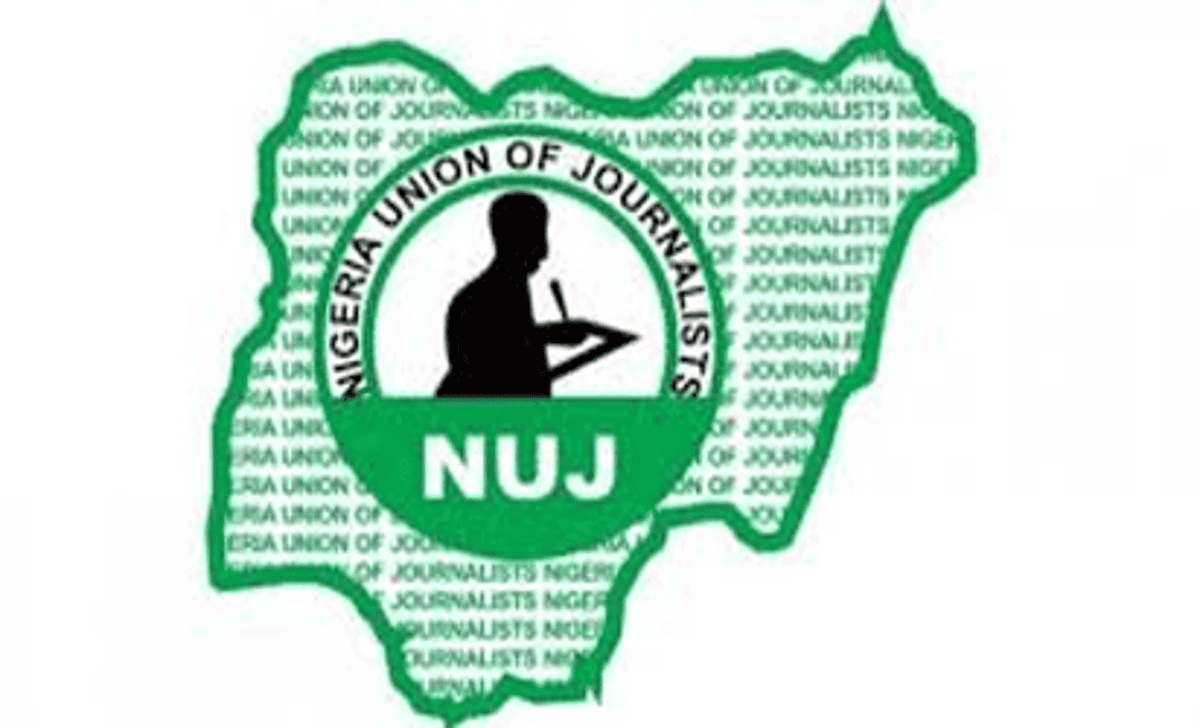 A judge of the National Industrial Court sitting in Ibadan, Oyo State, Justice J. D. Peters has asked the counsel to Ademola Babalola, the State Chairman of the Nigeria Union of Journalists (NUJ), Toyese Owoade of Afe Babalola (Emmanuel Chamber) to write the president of the court for a transfer of the ongoing case before him.
Owoade, counsel to Babalola the 8th defendant, had on Tuesday informed the court of four different applications which he filed on behalf of his client.
The first application was an objection to the Forms 48 and 49 (committal proceedings) filed by the claimants; Oluwakayode Banjo and Mosope Kehinde of the Federal Radio Corporation of Nigeria (FRCN), who are of the same chapel with Adewumi Faniran, a contestant who lost to Babalola during the December 18th, 2019 election.
Owoade explained to journalists that the objection Babalola raised was predicated on the ground that the forms are incompetent having not met with the conditions stipulated by law in initiating such proceedings and secondly that there was no order of court upon which such process could be based having dismissed the claimants’  application for interim injunction on the election day.
The second application, Owoade hinted was that “should the objection fails he said it was a motion for transfer of the committal proceedings to another judge of the National Industrial Court since it is the law that a judge who made an order cannot adjudicate in committal proceedings in respect of its own order.
“The third application was for an order directing the 1st claimant, Oluwakayode Banjo to appear in court for the purpose of being cross examined on the depositions in his affidavit in support of the motion for interlocutory injunction.
“The fourth application was a motion for extension of time to regularise Babalola’s counter affidavit to the main suit,” Owoade explained.
Earlier, the claimant’s counsel, Oluwadamilare Awokoya who was apparently overwhelmed by the four applications, laid emphasis on the applications and hinted his intention to react to them, accordingly.
Awokoya argued that he had not completed the process of the committal proceedings noting that the action of the defense counsel was preemptive.
But Justice Peters maintained that he had no special interest in the matter and did not have reasons for not granting the prayer except that the court lacked the power to transfer such as requested by the defense counsel.
The trial judge however noted that although he is the administrative judge, he noted that he was ready to hands off the case.
He however noted he has no power to transfer the matter except for the president of the court.
Justice Peters then advised the 8th defendant’s counsel to write a letter to the president for reassignment to another judge and subsequently adjourned till 16th of June 2020 pending reassignment.
The judge insisted that he had no persons interest in the matter and was therefore ready to drop the matter and allow for other judge to sit on it.
Justice Peters had on the election day dismissed the applications by the duo and counselled that the union maintain status quo pending the time all the parties would be accordingly be put on notice.
The said ‘status quo order’ became known to the union’s leadership and members hours after Babalola had been returned as winners and subsequently sworn-in, having defeated Faniran with 179 votes to the latter’s six votes.