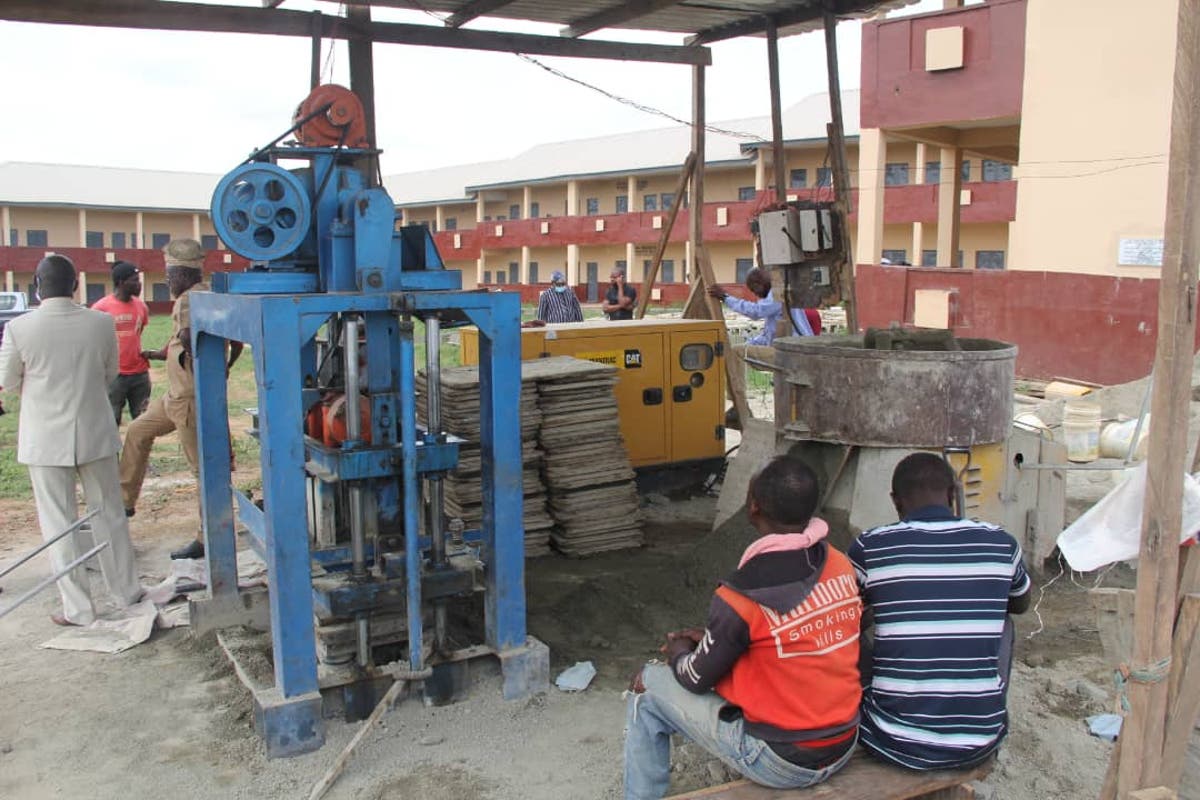 Oyo State Government on Tuesday arrested about eight (8) persons who illegally operate a block making industry on the premises of Community Basic School, at Ologuneru area of the State.

Following zero tolerance against the unlawful occupation and operation on the school premises government has vowed to bring the offenders to justice.

The recently completed Model school under the FGN-UBEC/OYOSUBEB intervention project, is situated at Agbopa-Akufo farm settlement in Ido Local Government.

Speaking during the monitoring the Executive Chairman, OyoSUBEB, Dr. Nureni Adeniran expressed displeasure at the level of impunity the team met at the school, which he noted would not go unpunished.

The arrest was sequel to enforcement and monitoring exercise conducted by the Oyo State Universal Basic Education Board, OyoSUBEB, aimed at protecting public school facilities and infrastructure during this COVID-19 stay-at-home period for pupils.

The Chairman noted that the invasion has constituted great security risk to the school, adding that classrooms, toilets and borehole erected in the school have been destroyed by the owners of the block making industry.

“In fact, they have turned one of our classrooms into a bedroom, with their personal belongings scattered around the school”, he added.
Adeniran said “in some locations, these illegal operators and invaders have taken over some of our public schools, despite the fact that these schools are fenced round. They forcefully break in, destroy government properties and create nuisance on government schools across the state”.

According to Adeniran, the 8 illegal business operators arrested would be taken to court and would be prosecuted according to the full extent of the law. This, he said, would serve as deterrent to others perpetrating such act.

A section of the premises was used for moulding block and another section for arranging blocks on. It was revealed that they started using the land since the novel coronavirus started ravaging the State.

Information has it that, the Head Mistress of the School, Mrs.Felicia Funmilayo Ogunrinde, connived with a certain Engr. Seun Elegbede who works with a constructing firm, First Tropics Constructions & Multipurpose Nigeria Ltd., and leased premises of the School to a block making industry.

Describing the act as the height of lawlessness, Dr. Adeniran avowed that the State Government would ensure the Head Mistress, Mrs. Ogunrinde, who at the time of filing this report was not reachable would also face full disciplinary actions according to the full extent of the law.

“Oyo State Government under the leadership of Governor Seyi Makinde has zero tolerance for this kind of lawlessness and impunity. The school belongs to Oyo State Government and there are no questions about that. So then, one wonders what kind of effrontery made them establish an illegal business on government’s property”, he said.

He also maintained that the business had no legal right to the land, talk-less of putting a block making industry on the premises of a school.

The monitoring exercise is expected to continue into other parts of the State in the coming weeks, until resumption of schools. He therefore called on group of individuals to desist from disrespecting Government or forcefully gaining entrance into Public schools for business purposes, saying if caught they would face the full wrath of the law.