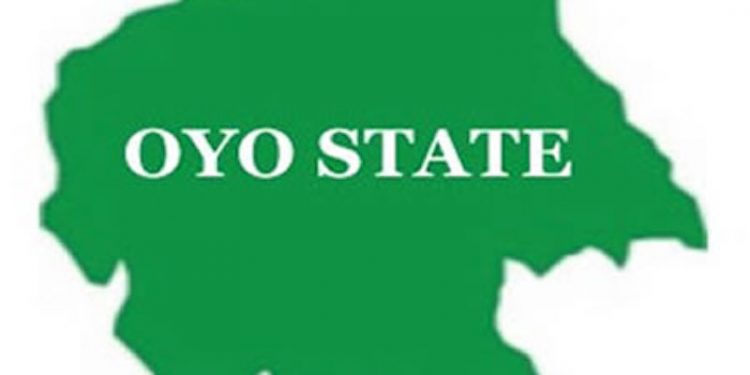 The Association of Local Government of Nigeria (ALGON), Oyo State on Tuesday tackled Governor Seyi Makinde on the appointment and inauguration of caretaker chairmen.

It described the action as another leg of illegality that the current administration is gaining notoriety for, adding that its mandate remains sacrosanct.

A statement by the State ALGON chair, Prince Ayodeji Abass-Aleshinloye, said the latest action of the governor has displayed his contempt for the judiciary.

The statement reads:“ We respond to the continuous disregard of the Supreme Court judgment and High Court judgment forbidding the dissolution of democratically elected local government functionaries by the Oyo State Governor, Engr Seyi Makinde, and weep for the slide our state and the rule of law is witnessing in his hands.

“The Governor again displayed his despise to the highest court of the land with the swearing – in of illegal caretaker committees, an illegal contraption and a body of power usurpers that is unknown to our law as proclaimed by the Highest Court of the land. A Governor that again recently publicly and falsely accused Justices of the Court of Appeal in Ibadan, on air, of unfounded allegations, cannot respect the courts except when decisions favour him.

“The Oyo State Government and their apologists have tried to excuse their recklessness by alluding to the fact that the Supreme Court judgment was on Ekiti State Local Councils and in their myopic view inapplicable to them in Oyo State. Such is the level of limited understanding of our current leaders. Even if they do not know what *stare decisis* means in law, the Attorney General who has stood by while illegality thrives in our state, ought to have explained the importance of a Supreme Court pronouncement to the Governor.

” It is trite that the declaration of the Supreme Court on any point of law is binding on all courts and in all states where similar issues arise. This was why the case of INAKOJU V ADELEKE on the impeachment of Governor Ladoja established the principles of law governing impeachment in any state, and the decision of the Supreme Court on this case effectively put an end to the reckless spate of irregular impeachments under a former PDP Leadership in our Country.

“It is therefore begging the question to expect the Supreme Court to pronounce on the issue of Caretaker Chairmen in all 36 states individually when it already pronounced conclusively in the Ekiti case.

“We are not surprised at the empty justification for even the devil justified his sin before God. The weak arguments of a controversial stay of execution did not set aside the pronouncement of the Oyo State High Court. Indeed the declarations made by the High Court judgment of Oyo state declaring caretaker leadership over local councils an illegality cannot be stayed as the law still remains sacrosanct that declaratory judgements cannot be stayed.

” We reject these serial illegalities which are a crude assault on our democracy, and rape of our constitution, more so, when the appeal filed by the State Government against the High Court judgment is still pending.

” ALGON wishes to inform our members to remain steadfast in the defence of our constitutional rights as we await further directives on resolutions reached on the latest breach.

“We stand fast on our democratic mandate freely and fairly given by the good people of our respective local government and development areas, and undertake to remain peaceful even in the face of extreme threats and provocation by the Government of Oyo State. We remain in office by law.

” We reaffirm our confidence in the rule of law and the independence of the Judiciary to uphold the Supreme Court’s and the Oyo State High Court’s subsisting judgement against illegal dissolution of councils.

“The wheel of justice may grind slowly, but the course of justice cannot be over run with brigandage, notwithstanding the shenanigans of the Makinde led Oyo State Government. The illegal appointments of Caretaker usurpers shall undoubtedly be set aside by the courts as guardians of our Laws and Constitution.

“Tomorrow will be here soon when all liars shall be revealed and shamed publicly for their role in backing illegal and unconstitutional actions, when the illegal caretaker committees by this recalcitrant and reckless government will be consigned to the garbage can of history and our mandate fully restored.

” ALGON appreciates the support and understanding of all democracy loving people of the state as we together stand to defend our democracy and save Oyo State from tyranny and the defilement of our democratic norms and ethics. Now that another illegality is committed by the State Governor in the face of existing court judgements, we ask the commissioner of police, where lies the objectivity in enforcing law and order in Oyo State? History records.”