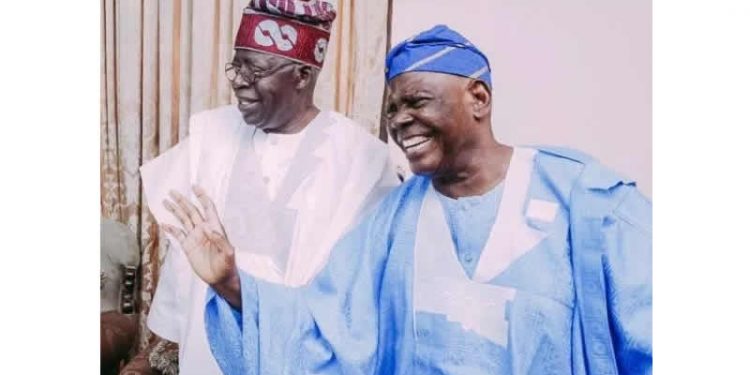 The Youth and Sports Minister, Mr Sunday Dare has lauded the ongoing efforts by the South West political leaders, Chief Bisi Akande and Asiwaju Bola Ahmed Tinubu, to establish unity and reconcile all the aggrieved members of the Oyo state All Progressive Congress (APC).

Ex-governor Abiola Ajimobi had also made similar statement in his new year message, extending the olive branch to all members of the party who felt aggrieved during his eight-year administration in the state.

In a statement from the office of the Honourable Minister of Youths and Sports, and made available to journalists in Ibadan on Thursday, Dare urged all APC members in the State to hold to the promise of a stronger APC that is able to reposition Oyo in the regional and federal political Spectrum as a pacesetter among the various states.

The Minister said “We must as a party move on from past setbacks and disappointment so that we may affix our eye on a brighter future for the party and the state . Let us heed the calls of our leaders to come together, work together, mobilize and strategize together.

” As it is now, we all must take a clear stand. The day for petty calculation are over. You are either in or outside the party. One cannot claim to be inside the party and fail to align with all efforts to resolve the issues that have arisen to affect the operations of our party”.

The Minister emphasized the need for unity of purpose among party faithful in the State.

“The APC is strong but we must get stronger. We must act with greater cohesion and strength of purpose. We must build on the developmental legacy established by the former Governor, Senator Abiola Ajimobi. Eight years of infrastructural improvement and urban renewal opened up Oyo to a new vista of development and changed the face of the state for the better . Oyo today has been placed on the path of modernity. No matter what detractors say we have a track record of achievement that this state has not before experienced. Instead of being stymied by small differences let us use the progress made to compel us ever forward”, he said.

He advised loyalists to throw off the garment of lethargy and commit to the repositioning of the party.

“We must discard political lethargy and unite to reposition Oyo state. As pacesetters, it is time to not let anyone other than our own speak for us or lead us.

“Join me in doing what is necessary to see that Oyo state takes its rightful place nationally. The year 2020 offers us this opportunity . We would be wise to not let it pass but to seize it,” he further stated.