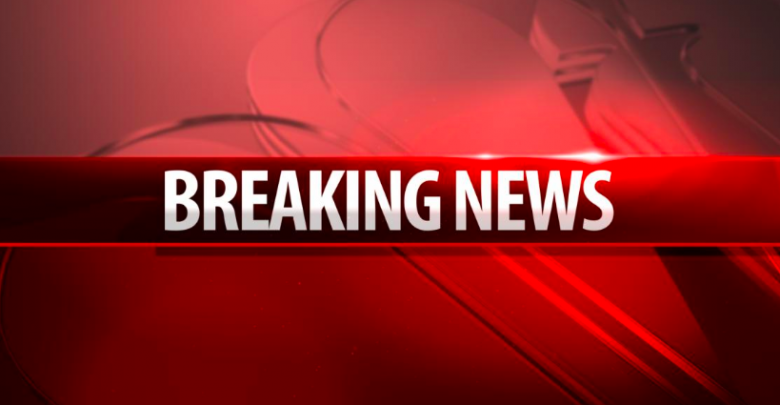 A Nigerian comedian has reportedly lost his life after he was hit by a stray bullet.

According to a close friend, the Abeokuta based Nigerian Comedian simply identified as Owonikoko, was killed after shots were fired at an end of the year party by some drunk police officers.

The individual called for justice on behalf of his deceased friend as it is indeed a trying time for the family of the deceased.

The friend identified as Olawale Odejimi Yussuf, on Instagram, claimed that Owonikoko was shot dead by an officer of the Nigerian Police Force (NPF).

Giving more details about the unfortunate incident, the individual noted that the deceased had joined some other friends in attending an end of the year party. He said some officers attached to a prison that was nearby, managed to sneak out of their duty post and join the celebration.

“They attached the mobile police officer with the Nigerian prison yard, Oba, here in Abeokuta. And dredgers are doing their end of the year party. So two officers sneaked out and came to the party as well. They got drunk and started threatening people that they we kill them.

“So they started shooting, unfortunately, the bullet hit my colleague on the chest and stomach RIP Bro missing you already we want justice please the boy is a comedian as well,” Yussuf said. 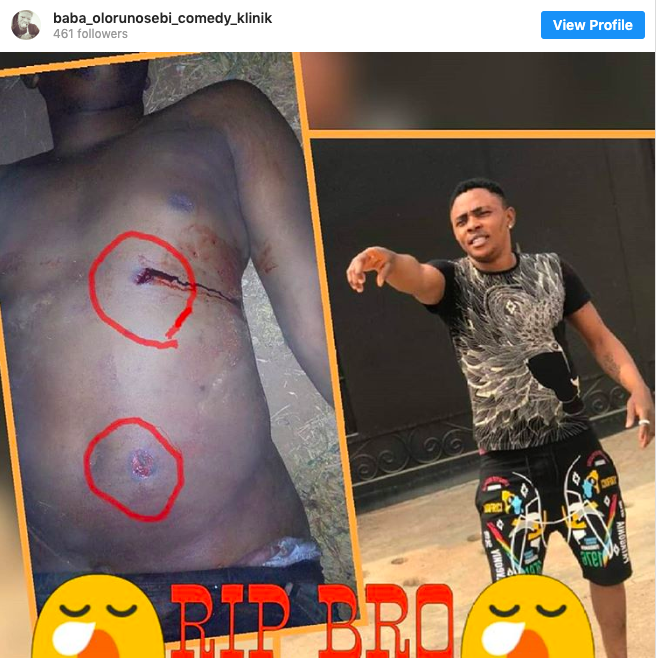 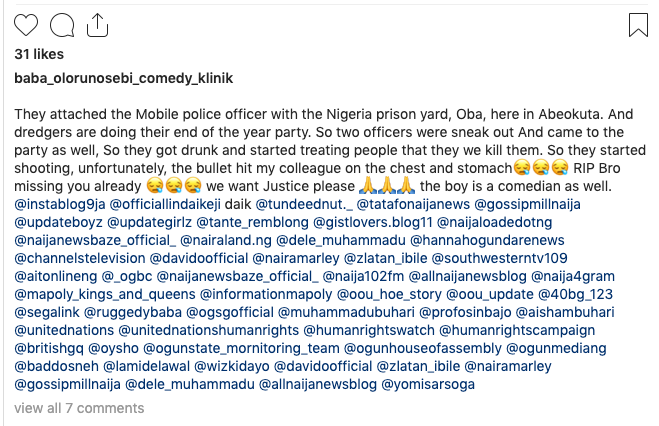