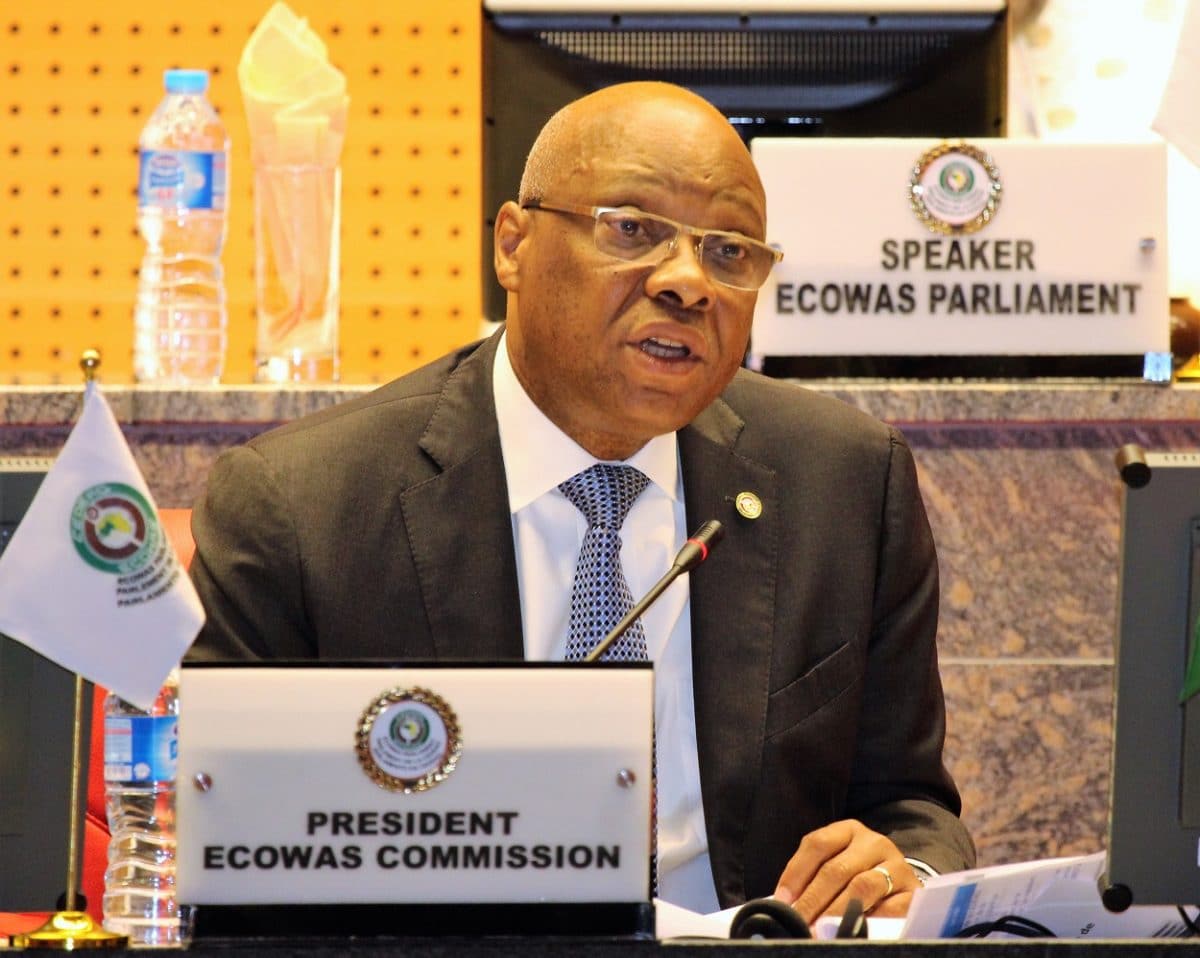 ECOWAS Heads of States and Government have adopted “EC” as symbol for the single currency, Eco, to be used in Nigerian and 14 other countries.

They also adopted “Central Bank of West Africa (CBWA)” as the name of the ECOWAS Central Bank.

These were contained in the final communiqué released by Mr Jean-Claude Brou, President of the ECOWAS Commission on Monday in Abuja.

The Authority commended the Ministerial Committee for the progress made with the implementation of the ECOWAS Single Currency Programme.

The Authority also adopted the 2020 to 2024 Action Plan to eradicate terrorism in the sub-region with a budget of 2.3 billion dollars.

The leaders expressed grave concern at the resurgence of terrorist attacks, targeted at the defence, security forces, civilians and the social and economic structures and places of worship.

ECOWAS reaffirmed their determination to leave no stone unturned in eradicating terrorism in the region, expressing solidarity with the people and governments of affected Member States.

“The money is intended for the provision of equipment to support the defence forces of Member States, training of relevant bodies and effective intelligence sharing.

“The Authority instructs the President of the Commission to immediately set up an inclusive and transparent mechanism to manage funds mobilized for the implementation of the action plan.

“The Authority further instructs the President of the Commission to ensure the speedy disbursement of the resources mobilized in other to respond efficiently to the urgent situation.

“The Authority decides to focus efforts in 2020 and 2021, on the implementation of activities expected to quickly contribute in checking the increase and spread of terrorist attacks.

“The Authority urges international partners to provide substantial support for the implementation of the action plan.

“To this end, it instructs the President of the Commission to organise as soon as possible a donor conference to mobilise funds, in addition to the internal resources identified by the Authority.

“The Authority instructs the President to build strong partnerships with all stakeholders in counter terrorism in the region. The Partnership should be built on complimentary initiatives to avoid duplication of efforts,” the communiqué stated.