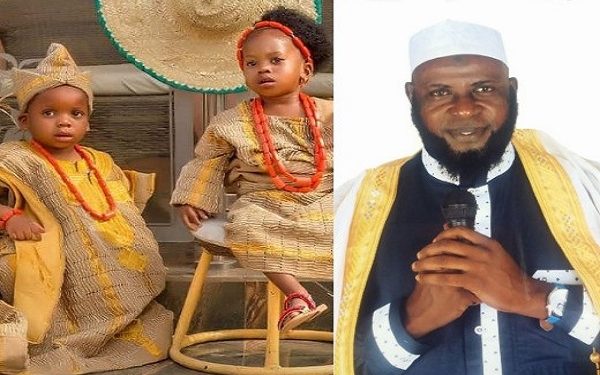 The twins of an Ibadan-based popular Muslim cleric Alh. Taofeek Akewugbagold, have been released.

The post reads: “ALHAMDULILLAH! AT 5.30 AM OF SUNDAY 3RD MAY, MY ABDUCTED TWIN KIDS ARE RELEASED TO ME BESIDE A BUSH AFTER 8DAYS IN AN UNKNOWN LAND. THANKS TO U ALL FOR FOR YOUR PRAYERS AND SUPPORT, JAZAKUMULLAHU KHAIRAN. ABERE MI BO SINU OKUN, OLOUN YO PADA FUN MI.”

The twins were kidnapped at their parents’ house at about 8:30 pm in Ojoo area of the capital city last Saturday.

Akewugbagold, who hails from Oyo West Local Government, was chairman of the Oyo State Pilgrims Welfare Board (Muslim Wing) during the two-term tenure of the immediate past Governor, Abiola Ajimobi.