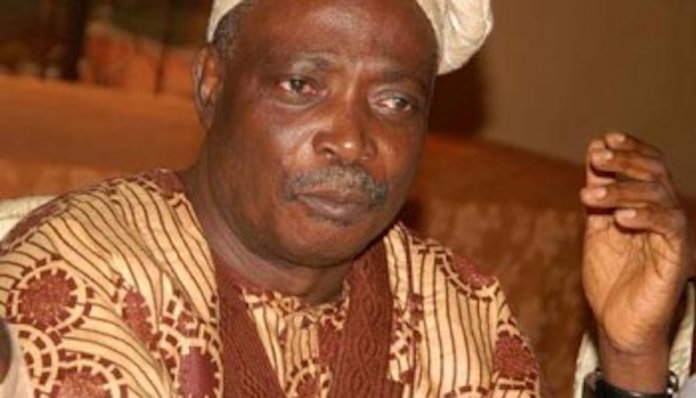 The controversy over the elevated 21 Ibadan Obas has assumed a new dimension as a former Governor of Oyo State, Chief Rasheed Ladoja, through a former Attorney General and Commissioner for Justice , Mr. Michael Lana, yesterday asked the state Commissioner of Police , Mr. Shina Olukolu, to ensure that any High Chief still parading himself as an Oba from now on is arrested and prosecuted in line with the laws of the state .

The High Chiefs who were elevated by the immediate past administration of Senator Abiola Ajimobi, after the judgment of the state High Court , which set aside the gazette that elevated them to beaded crown wearing obas, were still parading themselves as obas .

But Lana in a statement issued on behalf of the former governor of the state and Osi Olubadan of Ibadanland, High Chief Rasheed Ladoja, and made available to THISDAY, warned the 21 Ibadan monarchs to desist from parading themselves as kings or risk being jailed, stating that it was contemptuous for the High Chiefs to continue to parade themselves as Obas.

“However, it is also a notorious fact that the said gazette, being the only instruments by which this aberration to Ibadan Chieftaincy Custom Laws was carried out has, by the judgment of the Oyo State High Court, made on November 19, 2019, been set aside.

“For the avoidance of doubt, that judgment, inter alia, read that all gazettes affecting the Chieftaincy Laws of Ibadanland l, particularly gazettes numbers 14 volume 42 of August 23, 2017; 15 volume 42 of August 24, 2017; 3 volume 43 of March 29, 2018, and the subsequent elevation of high chiefs and Baales in Ibadanland as Obas during the pendency of the suit be and are hereby set aside. “That the rights to wear beaded crowns and coronets, granted by the state government during the pendency of the suit, are hereby revoked.”

Lana observed that it was surprising to see some of the high chiefs acting as Obas and wearing beaded crowns and coronets. “This is even more pronounced by the advertisement placed in the Nigerian Tribune of December 25, 2019, by the high chiefs.

“Firstly, be it noted that this action constitutes contempt of court for which we shall not hesitate to institute proceedings.

“Secondly, the act constitutes a criminal offence under Section 28 (2) of the Chiefs Law Cap 28 Laws of Oyo State.”

He then called on the state Commissioner of Police, Olukolu, to arrest any of the High Chiefs parading himself as an Oba henceforth, saying “Where an order under subsection (1) of this section is in force, any person who wears a beaded crown and is not a chief entitled under the order to wear it shall be guilty of an offence and shall, on conviction be liable to a fine of N5, 000 or imprisonment for one year.”