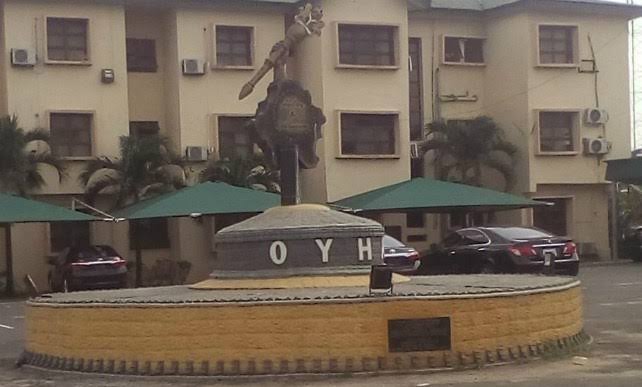 Reviewing the activities of the 9th Oyo State House of Assembly, one would be surprised at the number of achievements recorded so far, considering the fact that the House is full of political rookies and neonate parliamentarians.

Parliamentary Council Chairman of the House, Honourable Ayotunde Fatokun, representing Akinyele Constituency 1 attributed the achievements to the fact that most of the lawmakers are young and fast learners but he was quick to note the they at the initial stage had problems with parliamentary language and lawmaking jargons, the House Rules and some other democratic bottlenecks.

He listed the achievements of the House to include passage of Anti-Graft Agencies Law, Anti-Open Grazing Law, Investment Agency Law, Resuscitation of OYSADEP, Screening of and Aprroval of 33 Caretaker Chairmen of Local Government Areas and 35 Local Council Development Areas, Screening and Approval of Commissioners, State Judicial Service Commission, Oyo State House of Assembly Service Commission, Passage of 2020 Budget and Finance Bills, Screening and Approval of the State Universal Basic Education Board, Local Government Board, Creation of more Ministries, among others.

Projecting into the New Year 2020, Fatokun promised that there would be synergy between the legislative and other arms of government while assuring that there would be people-oriented legislations that would translate into rapid developments in the state.
Debunking the rumour making rounds that the majority members in the House have sidelined their minority counterparts while the latter have also boycotted plenary, the Parliamentary Council Chairman said there was nothing like partisan politics and political party discrimination in the House as all lawmakers relate like one family, talk with one voice and present a common front to achieve what the electorate voted them for.
Fatokun, who also reiterated that the House, which some unscrupulous elements in the opposition referred to as an appendage (Rubber Stamp) of the Executive, was trying to ensure that the laws passed by the House are not toothless bulldogs that could only bark but not bite through Legislative Compliance Committee saddled with the responsibility to be a liaison between the two arms of government.

“If the Executive and the Legislative arms are not harmoniously working together, then we are going to be making a lot of unnecessary noise, frustrating the good people of Oyo State. So we have, on our own side, made a decision to harmonise our thoughts before coming to the floor of the House and move on. There’s no need to come to the floor and start arguing with one another. As a matter of fact, we rejected one of the caretaker chairman nominees because we didn’t have enough information that could defend his nomination, but later we cleared him after much deliberation. So if we are a “Rubber Stamp” House, we wouldn’t have cried out.” Fatokun added.
He promised that the House would surpass the 2019 achievements in the New Year 2020, stressing that at end of the four-year term, the Oyo State 9th House of Assembly would beat the records of the previous Assemblies in the state put together