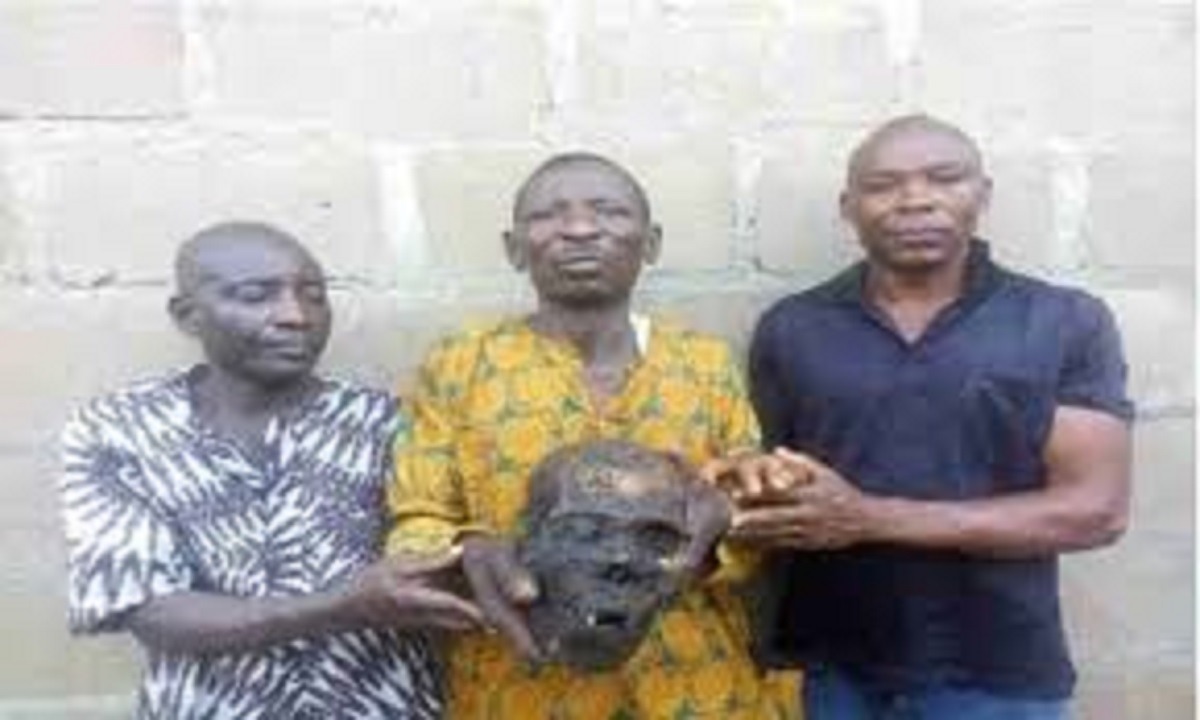 The police in Lagos have arrested three men for alleged vandalism on a public cemetery and removal of a human skull.

It was gathered that Falana, an attendant at Trinity Cemetery Ajegunle, allegedly removed human skulls from graves and sold to herbalists at N10,000.

Police said the trio was picked after operatives at the wee hours of March 1, intercepted Tijani, a resident of 23, Omomwunmi Street Orege Ajegunle around Alakija with a black polythene bag containing a skull.
“He confessed that he was sent by one herbalist, Olawale Shodolamu, 70, to collect the skull from a cemetery attendant.

“The said herbalist was arrested and he claimed that he bought the human skull from one Seun Falana, 37, a staff of Trinity Cemetery Ajegunle at N10,000.

“The herbalist said he usually ground the human skull with other substances to prepare herbs and charms for his customers.

“The said Falana was arrested and he confessed digging out graves to remove human skulls to sell to herbalists. Investigation is ongoing. The suspects will soon be charged to court,” said spokesman Bala Elkana yesterday.